Persistent icy conditions mean employers and workers must be vigilant to prevent slips, trips and falls on the job site 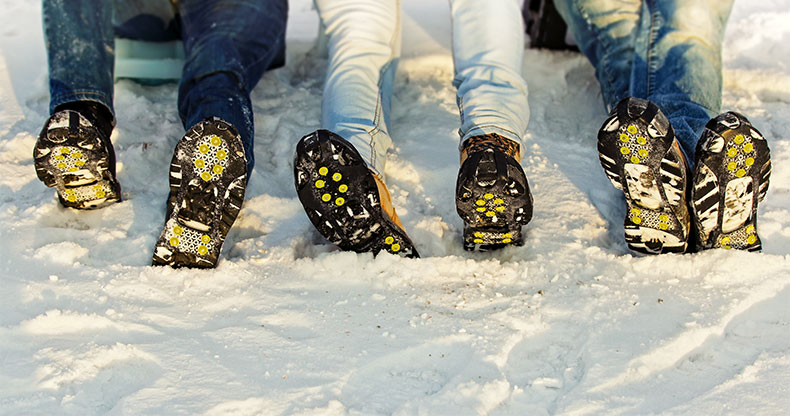 Even though the calendar has flipped over into March, that doesn’t necessarily mean the end of winter conditions here in Alberta. With temperatures often rising above the freezing mark during the day and then dipping back below at night, conditions can still be icy and treacherous. Add in all the other hazards that you can usually find around an active building site, and construction companies and workers have all the more reason to look out for themselves and their colleagues.

When it comes to slips, trips and falls, he says an ounce of prevention is definitely worth a pound of cure, especially in winter conditions.

According to Alberta Labour public affairs officer Gurshan Dhillon, in 2015, there were 8,300 disabling injury claims filed in the province, and 17.4 per cent of those were related to falls. When it comes to slips, trips and falls, he says an ounce of prevention is definitely worth a pound of cure, especially in winter conditions.

“It’s all about prevention and having the right personal protective equipment that’s cold weather-related – proper footwear and clothing that would keep you warm and safe from slipping. It’s also about taking a little bit of extra time to do the job safely as the seasons change,” Dhillon says.

Ryan Davis, Manager of Course Development with the Alberta Construction Safety Association, says that the Canadian Centre for Occupational Health and

Davis says engineering controls are always the preferred option. For construction crews working on the ground, icy terrain should be eliminated as much as possible by using equipment and scrapers. Frequently spreading deicing salts, or sand and gravel, is also an option.

As for personal protective equipment (PPE), he says that finding the right footwear for icy conditions can be tricky. “Not all boots are made equal,” he says. “Ironworker boots, for example, have a very smooth, flat surface; they’re designed that way to be fantastic for walking on I-beams and structural steel. But they’re not ideal for walking on ice.” Other boots could have thick soles that are ideal for working in muddy, rainy conditions but don’t grip the ice very well. “Some people that work in construction might want to have a couple different pairs of boots, in the same way that you have dress shoes for some occasions and runners for others.” 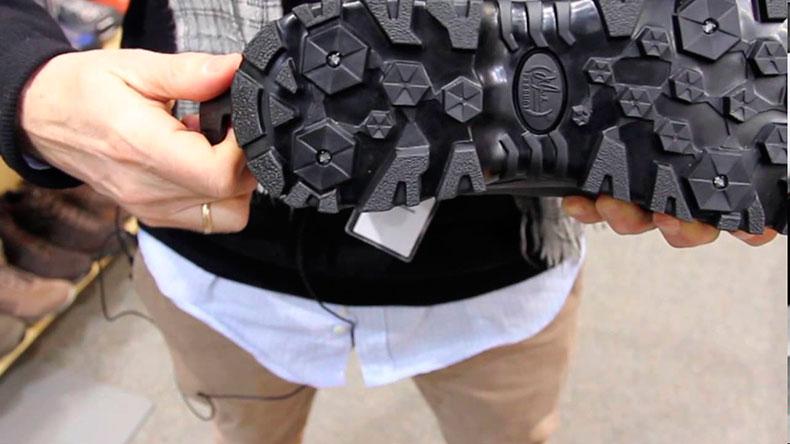 Workers can also find after-market spikes and crampons that can be slipped on overtop of work boots to give them more traction. Some boots even have retractable spikes that make it easier to go between the job site and the trailer.

Dhillon stresses the need to make sure policies and procedures are initiated, updated and communicated to workers. “I think it’s about confirming hazard assessments are done, especially when conditions change,” he says. “This can be monthly, weekly and, in Alberta, it could be on the daily as well. It’s also ensuring that workers have the necessary equipment they need.”

Meanwhile, employees working at heights face a different set of challenges in the winter months. Dhillon stresses maintaining three-point contact when using ladders or when entering or exiting work areas, as well as making sure fall-protection harnesses are available and are being used properly.
But Davis says that those harnesses aren’t the be-all-and-end-all of safety when working at heights; again, engineered precautions should be looked at first.

“A guardrail is always going to be preferable to a harness,” he says. “It’s always better to have protective guards to keep people at the height they’re working, as opposed to a fall arrest system that is really the last line of defence, stopping a fall in progress. However, both are often used.”

For crews working on the ground, icy terrain should be eliminated as much as possible by using equipment and scrapers. Frequently spreading deicing salts, or sand and gravel, is also an option.

He adds that workers must take seasonal weather conditions into account with just about any task. “This might mean doing more to secure a ladder – in the summer, you might just tie it off at the top, but in the winter, you should also anchor the footing in some way or make sure someone is always holding it,” he explains.

No matter the season, though, Davis says that employers need to look more closely at slip, trip and fall incidents to figure out better ways to prevent them.

“I think a common mistake, in both hazard assessment and incident investigations, is grouping slips, trips and falls into one category, rather than separating them. Each is a unique outcome, and have different hazards associated to them,” he says. “A slip, for example, is an outcome of a slippery surface; the hazard is the slippery surface, and you may slip because of it. If there’s poor lighting or other housekeeping issues, then trips are an outcome of that hazard. Working at heights is the hazard; the outcome is a fall. … Companies should do a better job at finding out what the triggers are to slips, trips and falls individually, and then control them.”