Injury-free workplaces are possible, says safety expert, if companies have belief and learn from “near-hits” 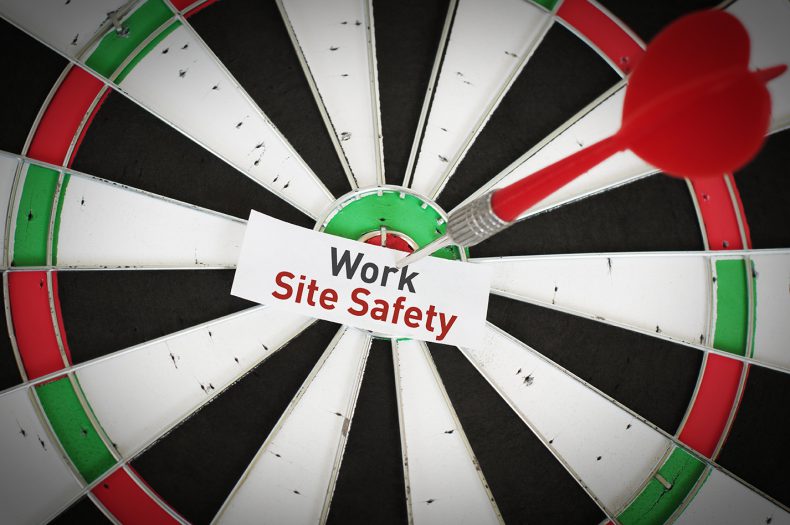 When it comes to safety expertise, it’s hard to beat Tim Cassidy’s more than 22 years of experience in health and safety. It’s invaluable in his role as HSE trainer at Blackfalds-based Quinn Contracting Ltd., a company that performs plant maintenance and turnaround services for oil and gas companies. After starting out as an apprentice carpenter at PCL Construction in 1978, he was hired on as a maintenance carpenter at Quinn Contracting Ltd. in 1989, then moved into the safety side of things in 1994. Over the years, the company itself has earned a reputation as one of the most safety-focused in the business, celebrating one million consecutive injury-free working hours in October 2013 and then again in October 2014. Cassidy has also been actively involved with the Alberta Construction Safety Association’s Parkland Regional Safety Committee for more than 15 years, having served as chairperson twice. We asked him to share some tips about how to work towards a zero-incident or, as he suggests, a zero-injury workplace.

“There are companies that are looking for a zero-incident workplace. The thought might be, though, maybe we should start with a zero-injury workplace first, and then get to zero incidents.”
– Tim Cassidy, Quinn Contracting Ltd.

Q: How would you define an incident?
A: There are many definitions but this is the one that’s easy for me to remember: An incident is an unplanned event that did or could have resulted in a loss. So maybe it’s an unplanned event that results in a loss of productivity or a minor injury like a papercut. We don’t want people to get hurt, so maybe let’s go zero-injury before we go zero-incident.
The other thought is that, when we investigate an incident, we use the abbreviation PEME. This stands for: People, Equipment, Material and the Environment. So when we’re looking at incidents, we’re of course always looking at people first. We don’t want losses to people, then no loss to the equipment and then no damage to the material and then no damage to the environment. That’s kind of a hierarchy that you can look at when investigating an incident. The definition that I gave you of an incident also opens it up for this idea of a “near-hit” – an unplanned event that could have resulted in a loss.

Q: If we’re looking at the goal being a zero-injury workplace, do you think that’s achievable for companies?
A: I do. I have to believe that as a safety guy. I’ll give you the example of something you can use in your own life. Did you cut your finger today? No? Good. Guess what? You got through the whole day without an injury. Did you cut your finger yesterday? No? There you go – see, so it is possible. And, I mean, that’s a very simplistic example that I’m giving you, but we work a second and minute and hour and day and nobody gets hurt. Zero is possible. We can do it. It’s something we have to strive towards. And part of that striving is recognizing what an incident is – that gives you the “near-hits.” So if we investigate incidents or “near-hits” that could have resulted in a loss but didn’t, then we can learn to be better at our tasks. This learning will make us and our company better.

Q: What are some other steps that companies can take to provide a ­safer environment for employees and get them closer to becoming zero-injury workplaces?
A: Well, it starts at the top. It starts with the company’s culture, so you’ve got to have a company that believes that we can actually get to zero injuries. That’s what our goal is. We don’t want anybody to get hurt, but along the way you have to have a company that is mature enough to recognize that, when there is an incident or a mistake or however you want to look at it or a close call or a “just about,” well, what steps can we do to improve our systems, our supervision, our knowledge, our training, to eliminate those incidents?

If you work for a company that establishes the culture and the environment that says, “It’s OK to say we made a mistake and let’s learn from it and move forward,” then you’re winning. When things happen that are near-hits and everybody says, “Whoa, that was close … Don’t tell the boss,” then it can happen tomorrow somewhere else! If they say, “Hey, look what just happened here,” and we take the time to investigate it and find out what happened, then we can communicate it to people and get it fixed so it doesn’t happen again. You’ve got to have that culture. These are really easy words to say but really hard to do.

There are old slogans out there like, “Reporting is rewarding.” Well, is it? Or is it punishment? There’s this fine line so you have to be cautious. Is it about discipline? Because if it is, then you can drive incident reporting underground.

Q: What are statistics telling us about safety in the workplace these days? Is it getting better? Are ­people adopting these types of cultures? Are they making it safer?
A: That’s a really tough one to say right now. Statistically, there’s an improvement in the fatality rates in the past year. But the question that safety people like myself ask is: Is that because we’re getting better or is that because we’re not working as much? So, yes, more people went home last year and that’s a good thing. You can’t go wrong with that. But is that because we’re improving our safety culture and we’re reporting those near-hits before they become serious injuries, or is it just because we’re not doing as much work?

And here’s the big one: Has this work environment – the economy in Alberta – has this changed your company’s safety culture? Have you established an environment where it’s OK to make a mistake and we learn from it and move on? Or are you afraid to report because you might lose your job? That then goes back to, “What’s your culture and your company?”

Overall in my history in construction, we know we’re getting better. When I look at when I started as an apprentice carpenter in 1978 and I look at where we’re at now – it’s night and day. So this whole idea of zero-injury is certainly possible.